Legal Rights for Rivers in Africa: An Ecological Evolution of the Law 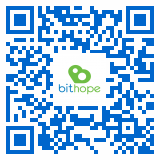 Your donation may be tax deductable in the European Union

Your donation may be tax deductable in the European Union

Nature has no rights or formal voice under the law. Instead, most legal systems define Nature as mere human property. Typically, it is legal for industry to exploit ecosystems until they are on the verge of collapse, as underscored by the Living Planet Report 2020, which found that humans have wiped out two-thirds of wildlife in the last 50 years. Environmental laws help, but they treat only the symptoms, not the disease.

We must change the law so that it works for our planet, not against it. Earth Law Center (ELC) works to pass a new generation of laws that establish the “Rights of Nature," which is already recognized to some extent in at least 12 countries. Increasingly, legal guardianship bodies are also appointed to serve as the voice of Nature and defend its rights. The global community is calling for new, ecological-based laws to solve the global environmental crisis. We are the lawyers who write and implement those laws.

Through BitHope, we are fundraising for Earth Law Center's work to advance the Rights of Nature in Africa, with a focus on Nigeria. For years, we have worked with partners, such as River Ethiope Trust Foundation, to establish legal rights for the River Ethiope, Africa's deepest inland waterway, and a sacred river. It would join other rivers worldwide whose rights are recognized, such as the Whanganui (New Zealand) and Atrato (Colombia). We recently had a breakthrough when Nigeria's environmental agency invited us to host a conference on establishing legal rights for rivers in Nigeria. We are fundraising to host that event and then hire local attorneys and other professionals to help finalize and pass Africa's first law establishing the rights of rivers.

All of our work is replicable. We create models, such as the Universal Declaration of the Rights of Rivers (www.rightsofrivers.org), and then share these models with other advocacy groups so they are implemented broadly. We will disseminate all of our work in Nigeria with frontline environmental defenders in other countries to ensure that our successes reverberate globally. We will also include a case study from Nigeria in the second edition of our law school textbook, Earth Law: Emerging Ecocentric Law - A Guide for Practitioners.
Donate Now
Crafted by AirDesigns.us
The BitHope foundation is registered in accordance with Art. 45 (3) of the Law on Nonprofit Legal Entities with registration number 20150206015. All donations are tax-exempted in accordance with Art. 48 (1.4) of the Local Taxes & Fees Act.
↑